USA Stands Second in Octagonal Table After Eight of 14 Matches; USA-El Salvador, Presented by Volkswagen, Set for Thursday at 7 p.m. ET on ESPN2, ESPN+, UniMas and TUDN
January 26 2022
On the Pitch

CHICAGO (Jan. 26, 2022) – The U.S. Men’s National Team will return to World Cup qualifying action this week when it faces El Salvador in Columbus, Ohio, a familiar fortress that promises frigid conditions in the midst of the Midwestern winter. After a strong start to its quest for Qatar, the USA enters the new year sitting second in the Octagonal standings and will look to take another step towards qualification against Los Cuzcatlecos.

With just six matches and three home games remaining, USA-El Salvador, presented by Volkswagen, represents another crucial stop on the road to the World Cup. Kick-off from Lower.com Field is set for 7 p.m. ET on ESPN2, ESPN+, UniMas and TUDN.

Scheduling changes due to the COVID-19 pandemic have set the stage for a special January/February international window that features three World Cup qualifying matches. With Canada choosing to host the middle match of the slate in Ontario, the U.S. will double down on the wintry conditions and unleash a unique home field advantage in the arctic climes of Columbus and St. Paul, Minn. Both venues’ groundskeeping crews have the playing fields ready to roll, and the USMNT squad is excited to take on the polar conditions.

“You know what? I want it to be freezing. I want it to be cold,” said USMNT defender Walker Zimmerman. “I want the snow. I want to be a part of something so iconic that I saw and I really remember growing up. And that’s exciting to me. So, I think the guys are ready to embrace it, and it will be a really good environment for us fan-wise as well.”

The USMNT has a long, storied history in Columbus as the Ohio capital has played host to 13 matches. There have been 11 World Cup qualifiers here overall, the most of any city in the country. The USA has posted an 8-1-2 record in C-Bus in qualifying, highlighted by four “Dos a Cero” triumphs over Mexico. The eight qualifying wins in Columbus are the most for the USMNT in any city.

The USA added another chapter to its history in Columbus last October, a 2-1 victory against Costa Rica in the USMNT’s first match at the newly-opened Lower.com Field. Despite falling behind early, Sergiño Dest equalized with a spectacular strike and Tim Weah forced an own goal to complete the comeback win.

Head coach Gregg Berhalter spent five seasons as sporting director and head coach of the Columbus Crew before joining U.S. Soccer in December 2018. He led the Crew to the playoffs in four of his five seasons in charge, including a trip to the 2015 MLS Cup Final.

Through the first eight matches of the Octagonal, 26 players have made their first World Cup qualifying appearance and the U.S. has twice fielded the youngest ever starting line-ups for the USA in a qualifying match.

The USA capped off 2021 with a last-minute 1-0 win in a friendly vs. Bosnia and Herzegovina in Carson, Calif. Rostering a mostly domestic-based squad of players who had recently finished their Major League Soccer season, 20-year-old Cole Bassett netted the game-winner in the 89th minute, becoming the 57th player to score in his USMNT debut.

The USMNT’s last World Cup qualifying matches came during the November international window. Kicking off the slate in Cincinnati, the USA delivered an emphatic 2-0 “Dos a Cero” win against archrival Mexico. Forward Christian Pulisic scored the first goal shortly after entering as a substitute while midfielder Weston McKennie added an insurance goal. In Jamaica for the team’s final Octagonal match of 2021, Tim Weah made an impressive run to open the scoring but a thunderstrike from the Reggae Boyz’ Michail Antonio leveled terms and the match end in a 1-1 draw.

El Salvador hosted the U.S. in both teams’ opening match of the Octagonal on Sept. 2 in San Salvador. In front of a raucous home crowd, 12 USMNT players made their World Cup qualifying debuts in a 0-0 draw against the physical Central American side on a choppy playing surface. Goalkeeper Matt Turner recorded his sixth career shutout in his first WCQ action.

El Salvador enters 2022 at seventh place in the Octagonal with six points, eight behind the fourth-place berth to the intercontinental playoffs.

Coached by former USMNT star Hugo Perez, Los Cuscatlecos brought in a number of players with U.S. ties for this World Cup qualifying cycle. El Salvador’s lone Octagonal win came at the start of the October window, a 1-0 home triumph against Panama. In the November window, Alex Roldan (brother of USMNT midfielder Cristian Roldan) salvaged a draw vs. Jamaica with a 90th minute goal at home before the team fell 2-1 to Panama despite an early lead in Panama City. 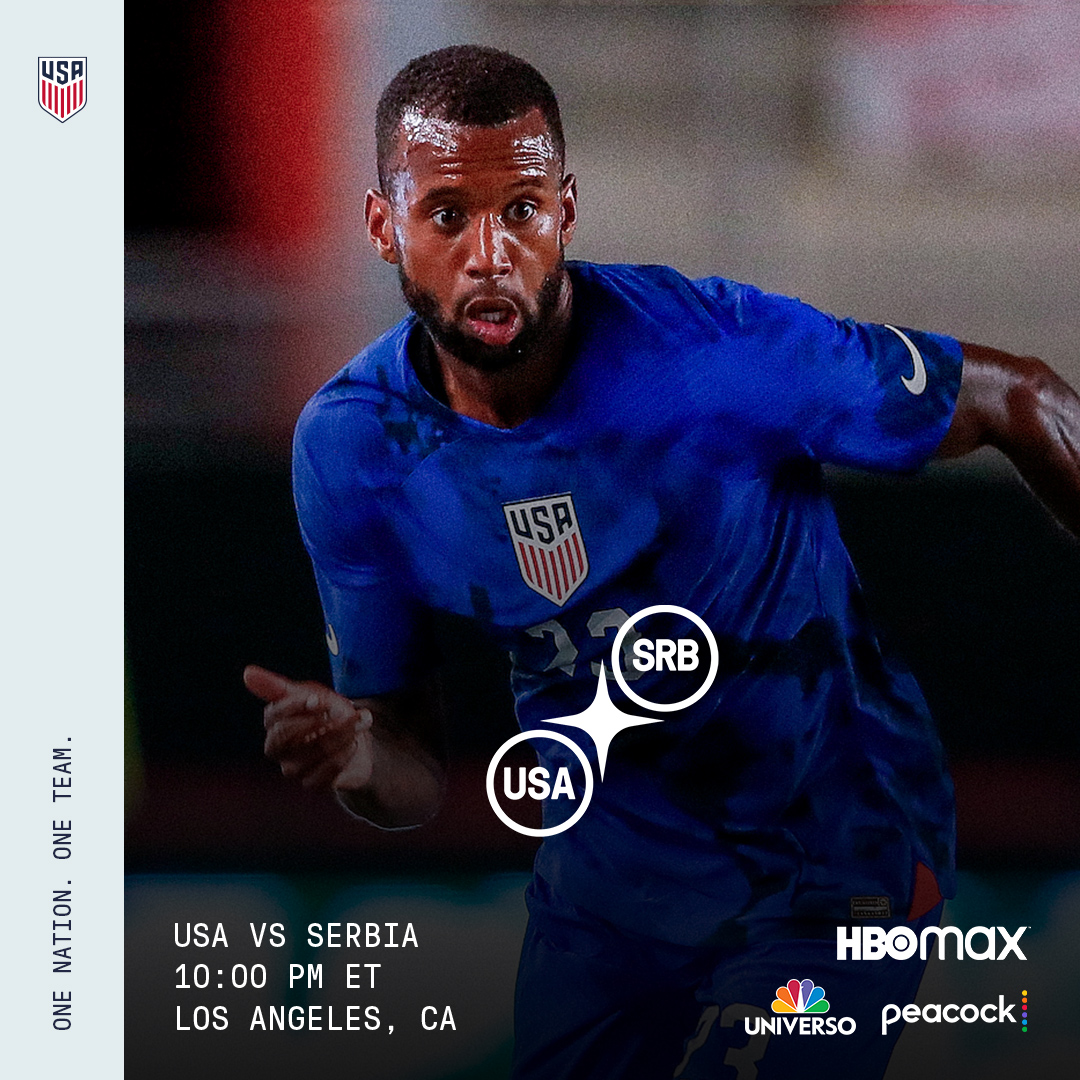 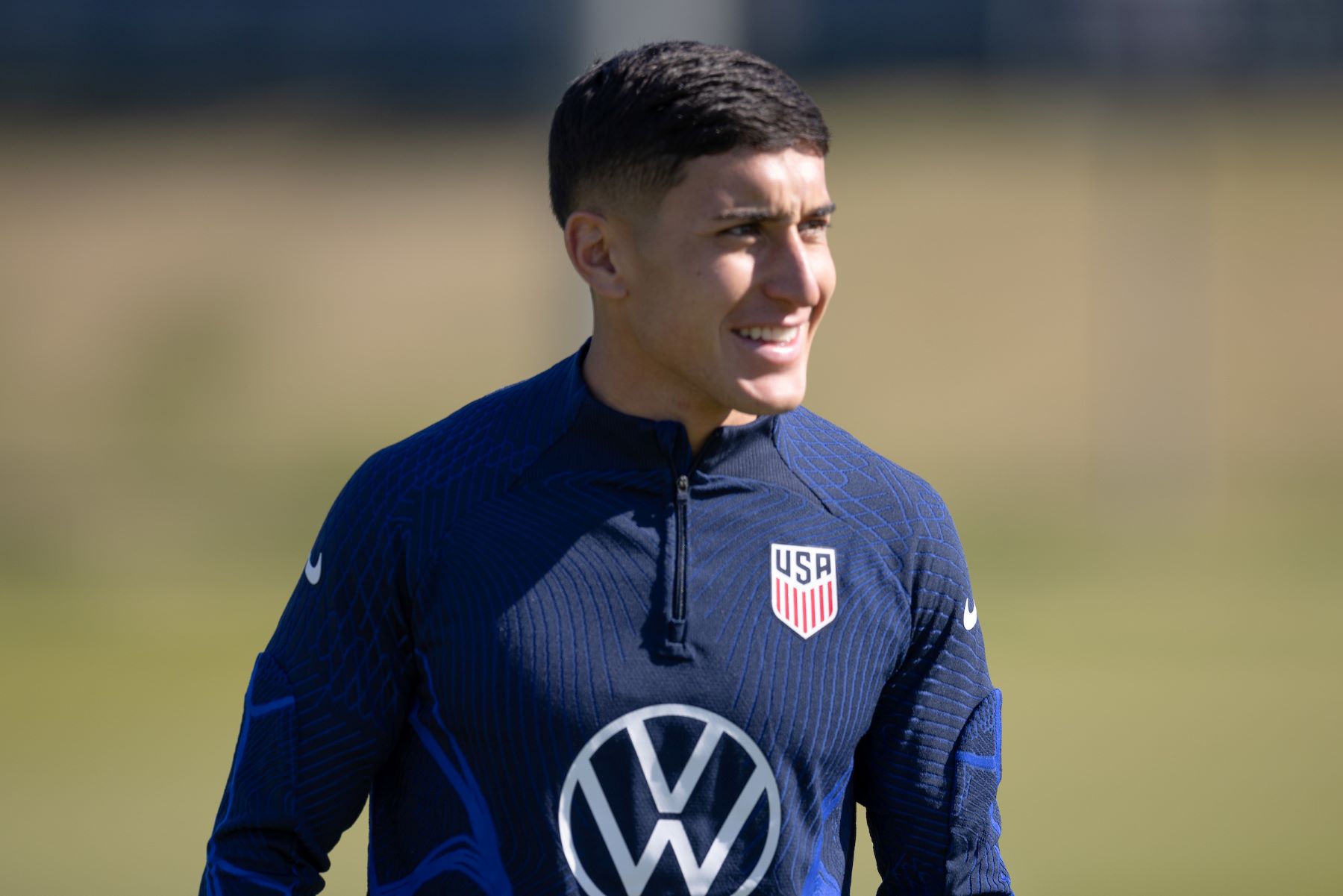