Another Step on the Road: #USOC2023 Second Round Qualifying Preview

Join usopencup.com for a closer look at the 36 games of the Second Qualifying Round for the 2023 Lamar Hunt U.S. Open Cup on the weekend of October 15-16.
Jonah FontelaOctober 12 2022
Open Cup

Second Round Qualifying for the 2023 Lamar Hunt U.S. Open Cup sees 72 teams in action across the country on the weekend of October 15-16 – with all hoping to take another step on the road toward next year’s tournament. For 35 of the teams, like Queensboro FC II out of New York City and Orange County FC in the West, it will be a second game of these preliminary stages, while the 37 others, like 2017 underdog heroes Christos FC and Massachusetts’ ambitious Brockton United, make their debuts.

There are three games in the New York Metro Area. Among those in action are Queensboro FC II – aiming to keep up the form after a 5-0 rout of the Kearny Scots-Americans in the First Round. Jonathan ‘Jona’ Santillan scored four goals that day to move to the top of the scoring charts.

“For me, l love it. I just love scoring goals. Once I get one, I want more. The feeling of it is something special to me and it’s what motivates me to keep going,” said Santillan, who spent four years with the LA Galaxy academy in his native Southern California before moving across the country in hopes of being a part of Queensboro’s plans when the club launch their USL Championship side next year.

“This is huge because it’s a big step up, especially if we go far and meet some big teams,” added the 18-year-old striker, who was top-scorer in the UPSL’s Spring season and playoffs. “And then we can really show what we can do.”

This Queensboro side, who take on 2022 Open Cup participants and familiar foes in UPSL league mates Oyster Bay United in the Second Round, is a kind of laboratory for future and potential pros. But the Empire State meeting between four-time champions the NY Greek Americans and 2017 and 2021 National Amateur Cup toppers Lansdowne Yonkers FC is a classic of the region’s men’s league stars – with youth, experience and history all tangled up in the mix.

In the 2nd qualifying round of @opencup , QBFC II will once again be face to face against Oyster Bay FC 💪🏽
The game will be held on October 15th at 10:30AM at Queens College

Win or go home. These are the games we live for 🤝 VAMOS QUEENS pic.twitter.com/hz3QuWTAzp

The teams came through the First Qualifying Round in contrasting fashion with the ‘Bhoys’ from Yonkers handing a 5-0 rout to the Manhattan Kickers while the Greek Americans needed a hat-trick from Kurt Cameron on his club debut and an 11-round penalty shootout to see off Newtown Pride of Connecticut.

Brockton United a Gritty Rep From the Bay State

Farther north, in one of two games in Massachusetts, First Round winners Boston Street FC travel to take on Brockton United FC in the 2022 Open Cup debutants’ first game of the Qualifying Rounds.

“You create a culture and when everyone comes to play for the team you have that culture,” said coach Herminio Furtado, a high school history teacher from the gritty city of Brockton, who’s managed to harness the talent of the area’s Cape Verdean community and forge it into one of the Bay State’s top amateur clubs. “Guys now understand that they have the same passion, the same dream, and they need each other to get to the next level.”

Christos FC of Maryland, who beat pro side Richmond Kickers and went a goal up on D.C. United of MLS in the 2017 Open Cup, start their account in the Second Round on the road against DCFC in the nation’s capital. NoVa FC of Virginia needed a tense shootout win in the First Round over Steel Pulse and will now take on Germantown FC – who also came through the previous round with a slim win over an impressive Aegean Hawks outfit.

Six Second Round games will be staged in the state of Florida (most for states in the East). Among them, Open Cup regulars Miami United FC take on International Soccer Association in Pembroke Pines.


California sees a region-leading 12 teams in action in the Second Qualifying Round.

Orange County FC, the 2022 UPSL Spring national champions who beat a pair of USL Championship teams in a run to the Fourth Round of the 2019 Open Cup, host local hopefuls Temecula FC. Farther north, Real San Jose make their Qualifying debut as hosts against Inter San Francisco – a side with a deep well of talent and aiming for a long run.

“I love this mix of players,” said Inter’s two-goal hero Matt Fondy from the First Round win over Marin County Union. He’s a former USL Championship top-scorer with Louisville City. At 33, he’s the oldest player in the team and one who can boast stints in MLS with both Chivas USA and Chicago Fire.

“We’ve got some really talented young players and a handful of ex pros,” added Fondy, a ten-year veteran of the professional ranks and an Open Cup Semifinalist during his time in Chicago. “It’s exciting and the main trendline is that everyone [in the Inter San Francisco team] loves playing and competing.” 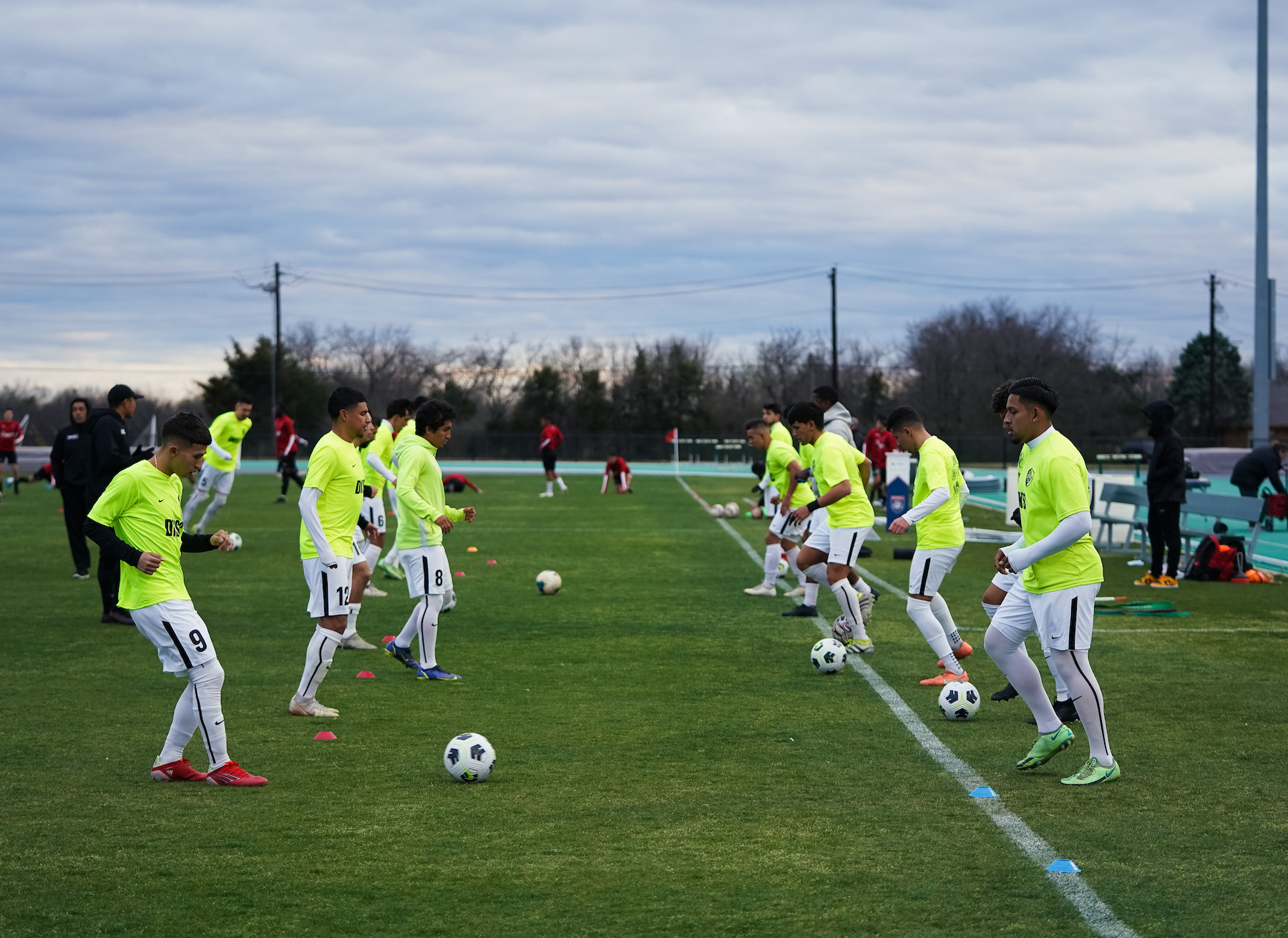 Among the other all-California affairs are contests between Laguna FC and Capistrano FC (who arrive in the Second Round via a forfeit by OC Kings FC). Elk Grove Blues open their 2023 Qualifying account against Davis Legacy FC, while Escondido FC host Outbreak at the city’s San Pasqual High School.

Four teams from Texas are still alive in the Second Round. D’Feeters Kicks SC hit the road to take on Alamo City in San Antonio with hopes of taking a step closer to a second-straight berth in the Open Cup proper.

Houston FC, who fed the Galveston Pelicans a 10-1 drubbing in the First Round, are on the road too – this time against the D10 Lions FC.