Sacramento’s Matt LaGrassa & the Dream Beyond

Journeyman Matt LaGrassa talks about why his Sacramento Republic ‘deserve to be in the Final’ and what it means to make his hometown beam while living out an impossible dream.
Jonah FontelaAugust 31 2022
Open Cup

If you slow down the video, and know just where to look, you’ll see the moment when it all hits Matt LaGrassa.

“It didn’t feel real at all; it felt like a movie,” said the 29-year-old journeyman midfielder, who, amid a chaos of post-shootout celebrations, looked up into the carnival-tinted sky over the Sacramento Fairgrounds. “We were so focussed on the process, all game long, through the whole build-up. But in that moment, when I’m looking up at the sky with my hands on my head, that’s where it finally set in.

The this in question is LaGrassa and his Sacramento Republic side, from the country’s second division, beating a third straight Major League Soccer club to become only the third lower-league team in the last 26 years to reach the Lamar Hunt U.S. Open Cup Final.

LaGrassa’s not the star of this team. He’s not club legend Rodrigo ‘RoRo’ Lopez, who sent the more than 12,000 home fans into hysterics with his winning Semifinal penalty over four-time champions Sporting Kansas City. He’s not youth World Cup winner Keko, an import from Spain, or even joyful netminder Danny Vitiello, always smiling, soaking up the big moments like summer sunshine.

Some players go their whole career without playing in a cup semifinal. Last night I got to start one, in the city I grew up in, surrounded by people I love. I love this team. I love you Sacramento. We’re not done yet! pic.twitter.com/tSXbNoNLJa

LaGrassa is the humble midfield metronome who goes about his business quietly. And he leaves his fingerprints on everything good that happens to this year’s Sacramento Republic.

Growing up 15 minutes from those same Sacramento Fairgrounds where the team conjured Final Four magic, LaGrassa knows, better than most, what it all means. How unlikely all of this is. When he was a kid, gorging on junk food and riding the rides every year at the same California State Fair that was backdrop to the club’s biggest-ever win, he never dreamed of a day like this.

“It wasn’t possible. We didn’t have a professional team,” LaGrassa said, still smiling weeks after the game, a passionate advocate for the virtues of his unfashionable hometown. “I’d love to tell you it was something I dreamed about, but I couldn't, because that dream didn’t even exist…”

“When you represent your hometown, I think it gives you an extra little bit of incentive,” said Mark Briggs, the team’s English-born head coach about his quiet man in the midfield. “There’s more desire and a little bit more hunger too.”

“My phone is still ringing [weeks after] with messages from people excited about what we’re doing,” said LaGrassa, who played that night in front of friends and family – folks who helped him along his rocky road to life as a professional. “So many of those 12,000 people there I’ve known all my life. All part of the soccer community here.”

LaGrassa is careful in conversation. He’s not one to get carried away. But the word destiny pops up several times in the interview. It’s worth considering too. If you wrote this Sacramento Republic-2022 script, you might be accused of overdoing it. A second-division team, once promised a spot among the elite of MLS before having it snatched away, go on a  glory run in a national Cup fuelled by underdog dreams and relentless belief.

They beat three MLS teams en route to the Final. And they seal the deal with high drama at home – the aroma of funnel cakes and corndogs wafting the air around their humble stadium. 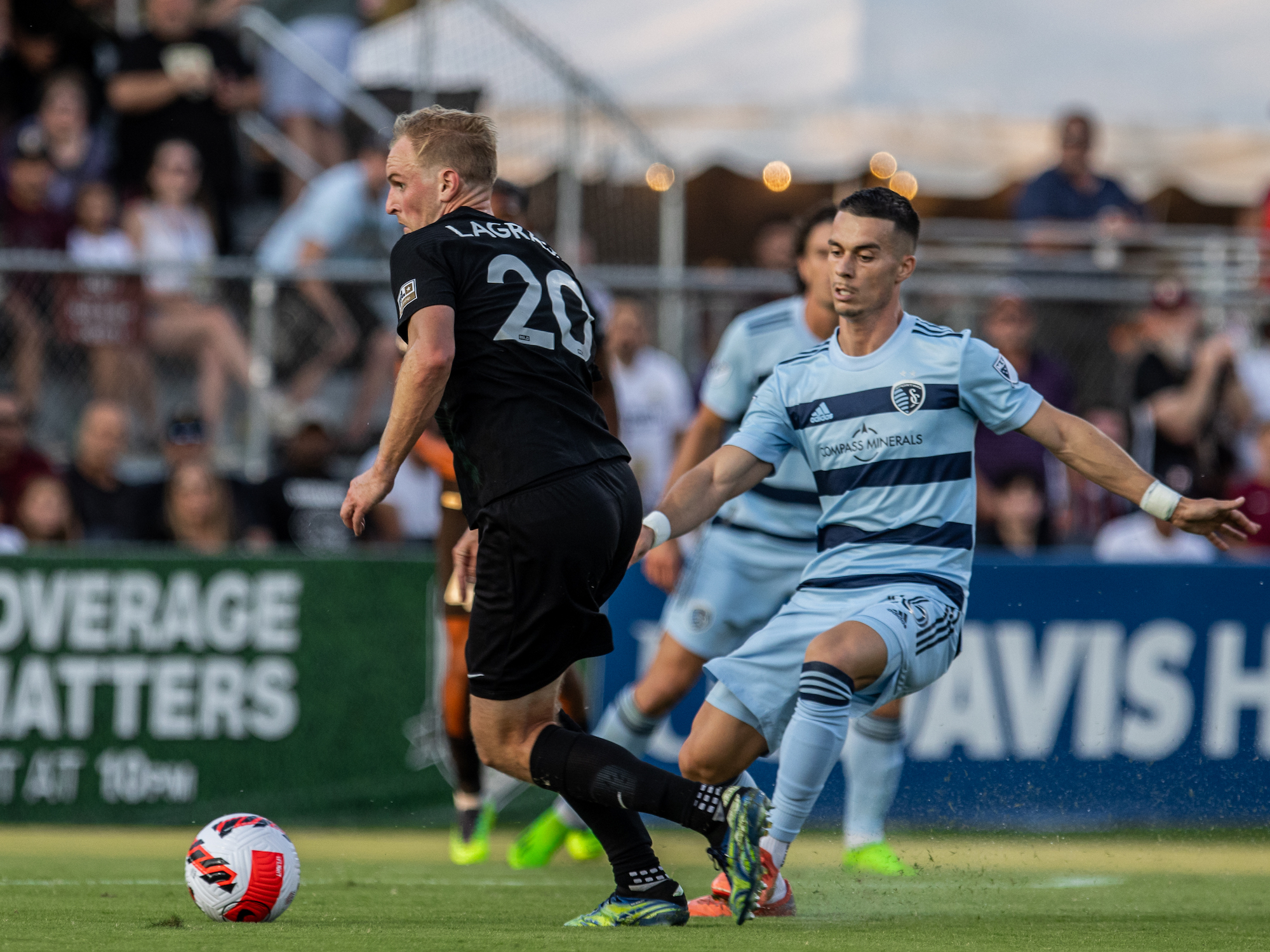 “It’s more than I could have imagined,” said LaGrassa, who’s suddenly fielding interview requests from the New York Times and National Public Radio, the Guardian and Soccer America. He’s one of the faces of the Republic’s bold challenge to accepted norms of what’s possible in the American game. “With everything that’s happened, the whole MLS situation, to be a part of this moment in the city’s sports history, and to know what at all means to this city, is so special.”

LaGrassa knows the differences between Major League Soccer and USL too. He spent the 2020 season with expansion outfit Nashville SC in the top-tier of MLS. But the majority of his pro career has played out in low-frills clubhouses like the Tulsa Roughnecks’ and Reno 1968’s. He embodies the all-hands-on-deck ethos common in the lower leagues, where pay is low, contracts are shorter, usually a year at a time, and every climb is steep. 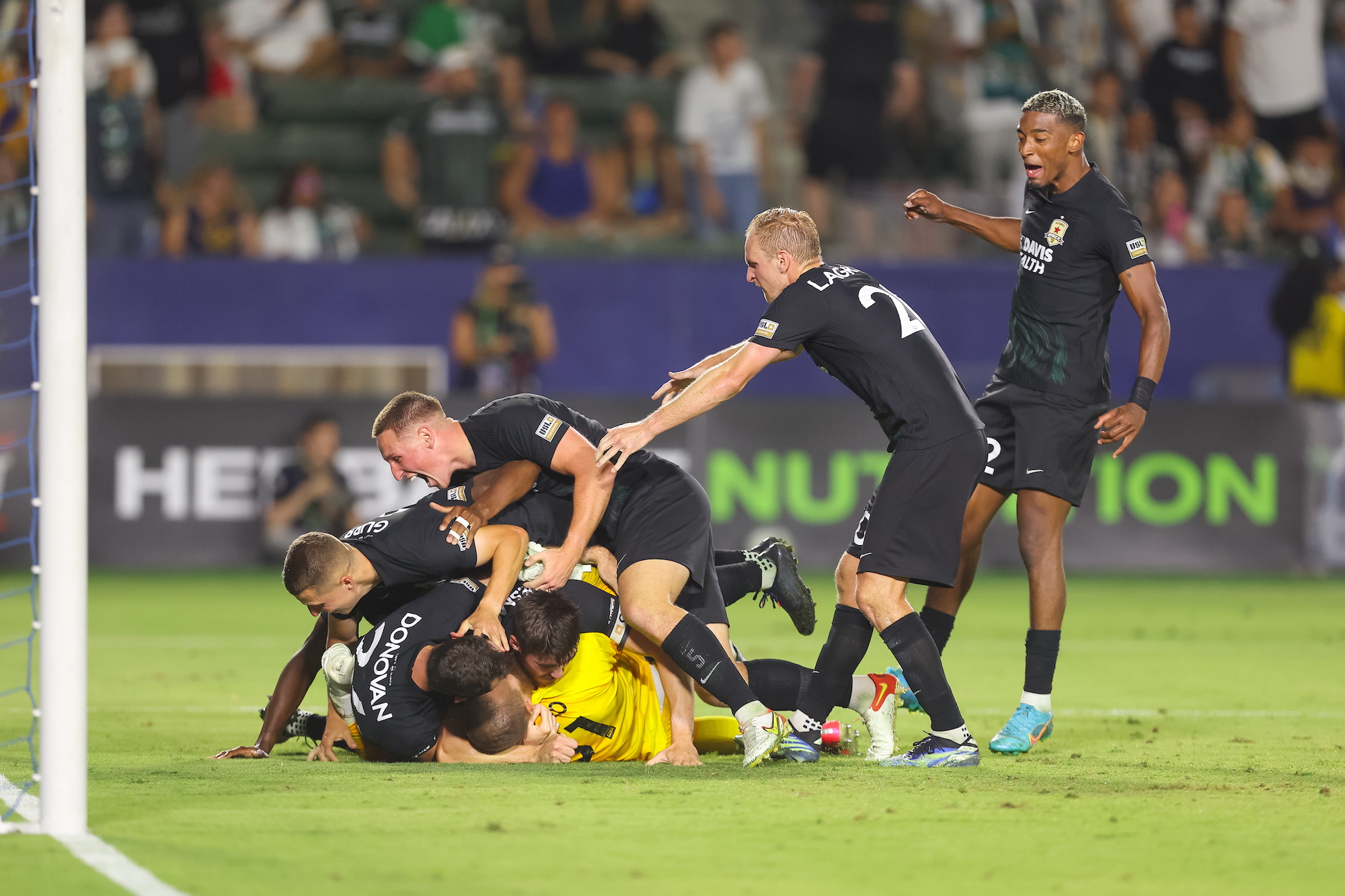 “There’s no chartered flights here,” chuckled LaGrassa via video chat, interrupted briefly as teammate Josh Bauer settled in for a haircut behind him in the makeshift studio. “A lot of the things taken care of for you in MLS don’t happen here. You suffer through a lot together that you won’t deal with in MLS.

“I mean, of course, every professional player wants to be catered to at every moment,” added LaGrassa, whose hustle helped make it so the Republic never looked overmatched against MLS stalwarts the San Jose Earthquakes, LA Galaxy and Sporting KC. “But we’re the type of group that, when we get off the bus, everyone just grabs a bag and no one makes a big deal about it.”

As much as it might seem like it, this isn’t a movie. The underdog, made stronger by adversity, won’t necessarily be rewarded in the end. Nothing is given. And Hollywood endings are rare. That’s why it’s so remarkable that the Republic have managed to become the first team since 2008 to reach the Open Cup Final from outside of MLS’ gated walls.

All that magic at the Fairgrounds, LaGrassa will be first to tell you, was built on not getting caught up in the moment. It’s about grinding away with a goal on the horizon – and believing in it.

“We’re supposed to be here,” said LaGrassa, a little over a week out from what he calls the “biggest game of anyone’s career” in the Sacramento locker room. “The sense that we’re as good as anyone has snowballed. The momentum has built and the feeling that we’re supposed to be going to the Final.” 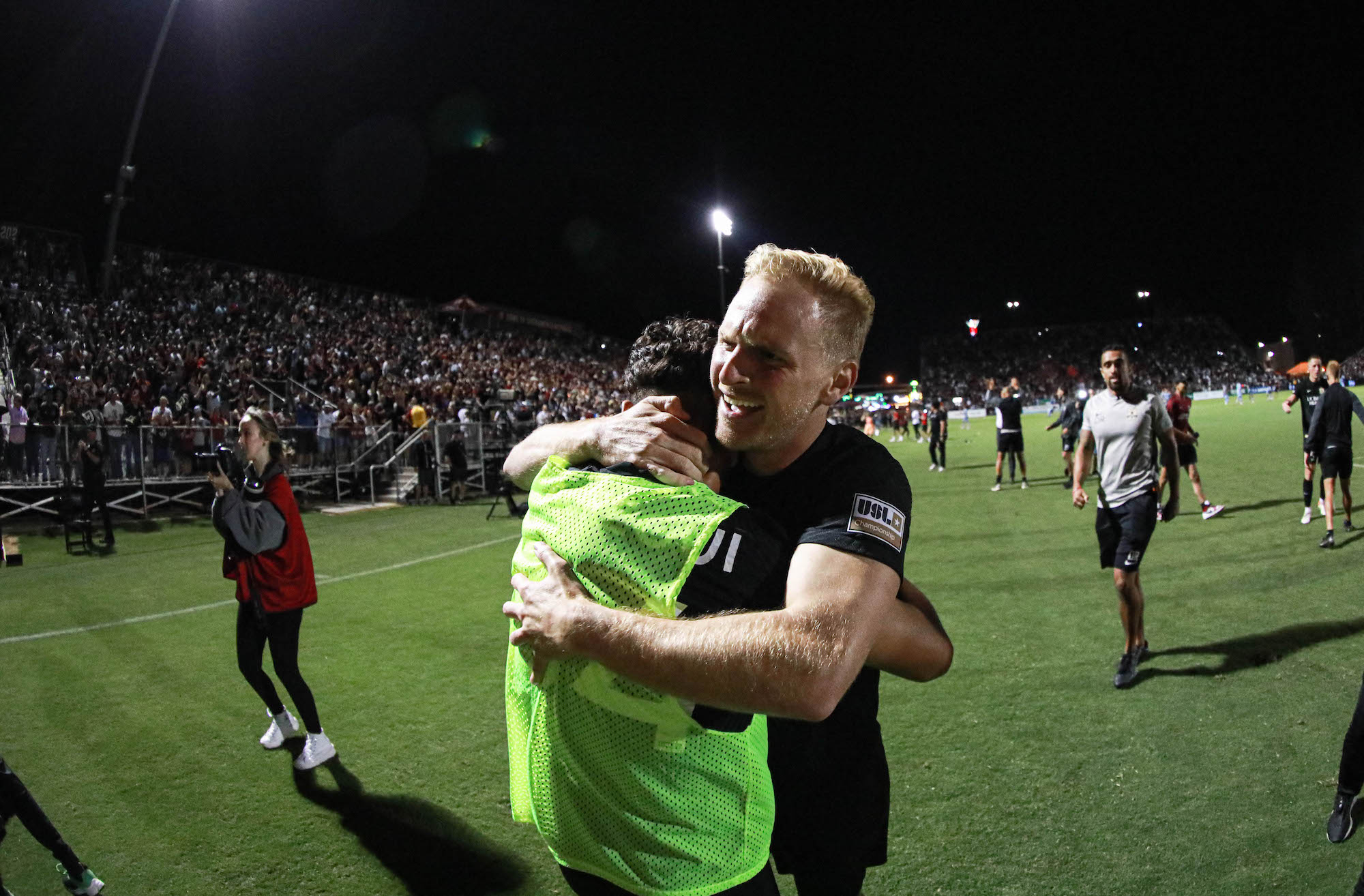 The Republic will travel across the country to face Orlando City, unsurprisingly another MLS team, at their Exploria Stadium on September 7th. And, having captured the imagination, they’ll do it as America’s Team.

“There’s a lot of support out there and it feels good,” said LaGrassa about the waves of well-wishes on social media and from anyone, anywhere, who loves a good underdog story. “We want to make everyone proud, well, everyone who's not from Orlando.

“There’s added pressure that comes with being at home and being the favorite,” he added about Orlando City,  who were granted entrance to MLS from the USL Championship in 2015 and are hunting their own slice of history (a first-ever trophy as a top-tier team). “Our message is to go and play free. We’ve come farther than most people ever expected. There’s nothing for us to lose.”

Assuming a deep run in the USL Championship playoffs, it’s likely LaGrassa and the Republic will play near 50 games this season – with a squad far smaller than even the humblest MLS team. And one of those games is the Open Cup Final in Central Florida, with a chance to make us all dream that little bit more.

“We were destined to be in the Final,” added LaGrassa, the quiet beating heart of this unlikely and inspiring team – just a “local kid” to hear him tell it. “So here we are. We’ll be ready.”