There Can Only Be One: #USOC2019 Final Preview

The 2019 Lamar Hunt U.S. Open Cup has reached its culminating moment. The trophy is polished and resting, the stage is set at the massive Mercedes-Benz Stadium in Georgia, and one of the two finalists on Aug. 27 will be crowned champions of America’s oldest soccer tournament. While both young clubs arrive as first-time finalists, defending MLS champions Atlanta United – playing at home and expecting a record-breaking crowd – must be considered favorites over the hard-charging underdogs of Minnesota United, who have yet to reach the playoffs in their two seasons in the U.S. top flight and are on their first-ever Open Cup run of any consequence.

Join usopencup.com for a look at how both teams got here and what to expect on Tuesday when the curtain raises at 7:45 p.m. ET live on ESPN+.

Atlanta United reached their first U.S. Open Cup Final after a bumpy start back in June. Drawn against 2008 runners-up Charleston Battery of the USL Championship in the Fourth Round (entry point in the tournament for Division I teams from Major League Soccer), Frank de Boer’s men arrived in South Carolina only to find the pitch unplayable. Circumstances required a late-night drive back and an early-morning arrival at home in Atlanta. On only one day’s rest, the defending 2018 MLS champions hosted the Battery behind closed doors in Kennesaw, GA’s Fifth Third Bank Stadium with young striker Brandon Vazquez scoring twice in a come-from-behind 3-1 overtime victory.

With a little wind at their backs, the Five Stripes pressed on with Vazquez (deputizing for Josef Martinez who was away on Copa America duty) scoring two more in a rain-soaked 3-2 win in Columbus against the Crew that required an hour-long delay for a downpour just after the half. But since conceding five goals in their first two outings, Atlanta United sealed the windows and doors in the Quarters and Semis – with a pair of comprehensive 2-0 wins over Division II high flyers Saint Louis FC and MLS rivals Orlando City respectively – to book a place in an historic Final at their home stadium, where they lifted MLS Cup last year as well as the inaugural Campeones Cup only a few weeks ago.

Minnesota United’s run to the Final was more straightforward. Adrian Heath’s Loons haven’t had to suffer much as they have avoided contesting even one overtime contest, played three of their four games at their brand new Allianz Field and scored bags of goals. Colombian sensation Darwin Quintero leads the scoring charts for the 2019 tournament with six strikes in wins over 2017 Open Cup champs Sporting Kansas City (4-1), defending Open Cup champions Houston Dynamo (3-2), a rout of second-tier Cinderellas New Mexico United (6-1) and a tense Semi win (2-1) over Gio Savarese’s outstanding Portland Timbers.

Atlanta United are accustomed to winning things since their inaugural MLS season in 2017. They’ve also been drawing monumental crowds – including a record 72,548 to a recent league game against LA Galaxy. They broke the all-time Open Cup attendance record last year with 41,012 boisterous fans crowding into Mercedes-Benz Stadium when they hosted Chicago Fire in the Round of 16. They’ll be looking for more of the same from their fervent fans in their first Open Cup Final with a chance on the line to hold the two biggest prizes in American soccer – MLS Cup and the U.S. Open Cup. 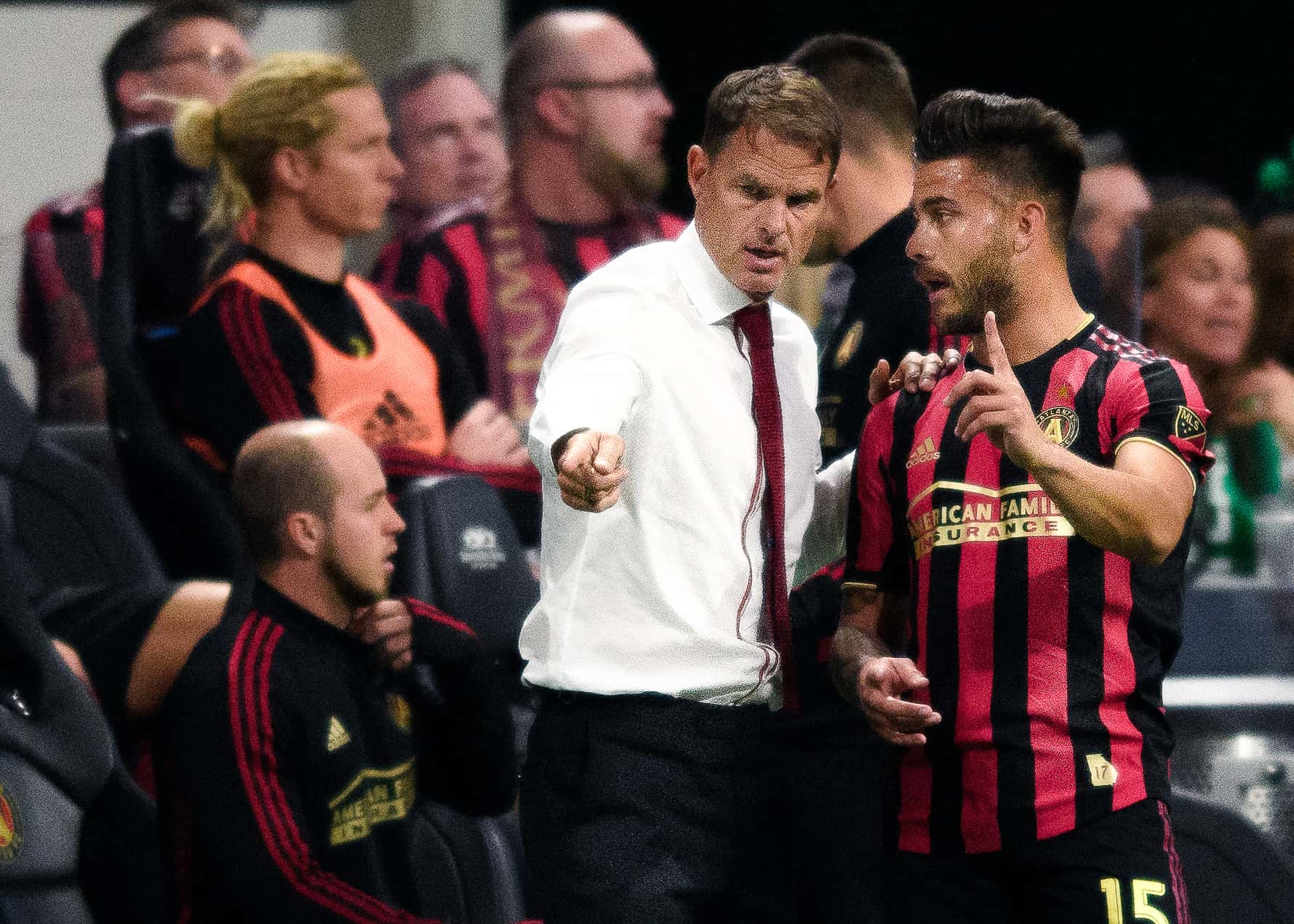 Frank de Boer took over from Tata Martino at Atlanta United this year.

“That’s the motivation. You have to think about winning those trophies,” Atlanta United goalkeeper and captain Brad Guzan told usopencup.com. “We’re a club that’s a winning club. We’re a winning team. We put ourselves in a position to win trophies. That’s what it’s about. That’s why you play the game. We need to go and get the job done.”

Guzan just set a 2019 benchmark for shutouts in MLS with 12 and hasn’t conceded a goal in his last two Open Cup contests. At the other end, Josef Martinez is on fire in the league with 71 goals in 74 MLS starts, including scoring in a record ten straight MLS games this season. With only one goal so far in the 2019 Cup, the Venezuelan striker may just be set to explode in the Final. In addition, Atlanta United have been getting impressive output from the likes of the wily Justin Meram and midfielder maestro Darlington Nagbe – whose play in the center of the pitch has been sensational.

“It’s impossible not to think about winning a trophy,” said de Boer, the former Dutch international who took over Atlanta United from the wildly popular Tata Martino at the start of the year. “We are still a very young club and we don’t have that much history. In that history, we have an MLS title and to another Final this year is great for this club. We are eager to win prizes and the U.S. Open Cup is one we can win this year.”

Loons of a Feather

On the road against the in-form favorites from Georgia, Minnesota United won’t be much worried. Never having won an Open Cup game before this year, the Loons have put together a magnificent run. They’ve been inspired by the goals of Quintero and Angelo Rodriguez, but also the defensive assurance of Open Cup legend and former Seattle Sounders hero Osvaldo ‘Ozzie’ Alonso, new defensive addition Ike Opara (who won an Open Cup with Sporting KC in 2017) and the seemingly spring-loaded Vito Mannone between the posts. 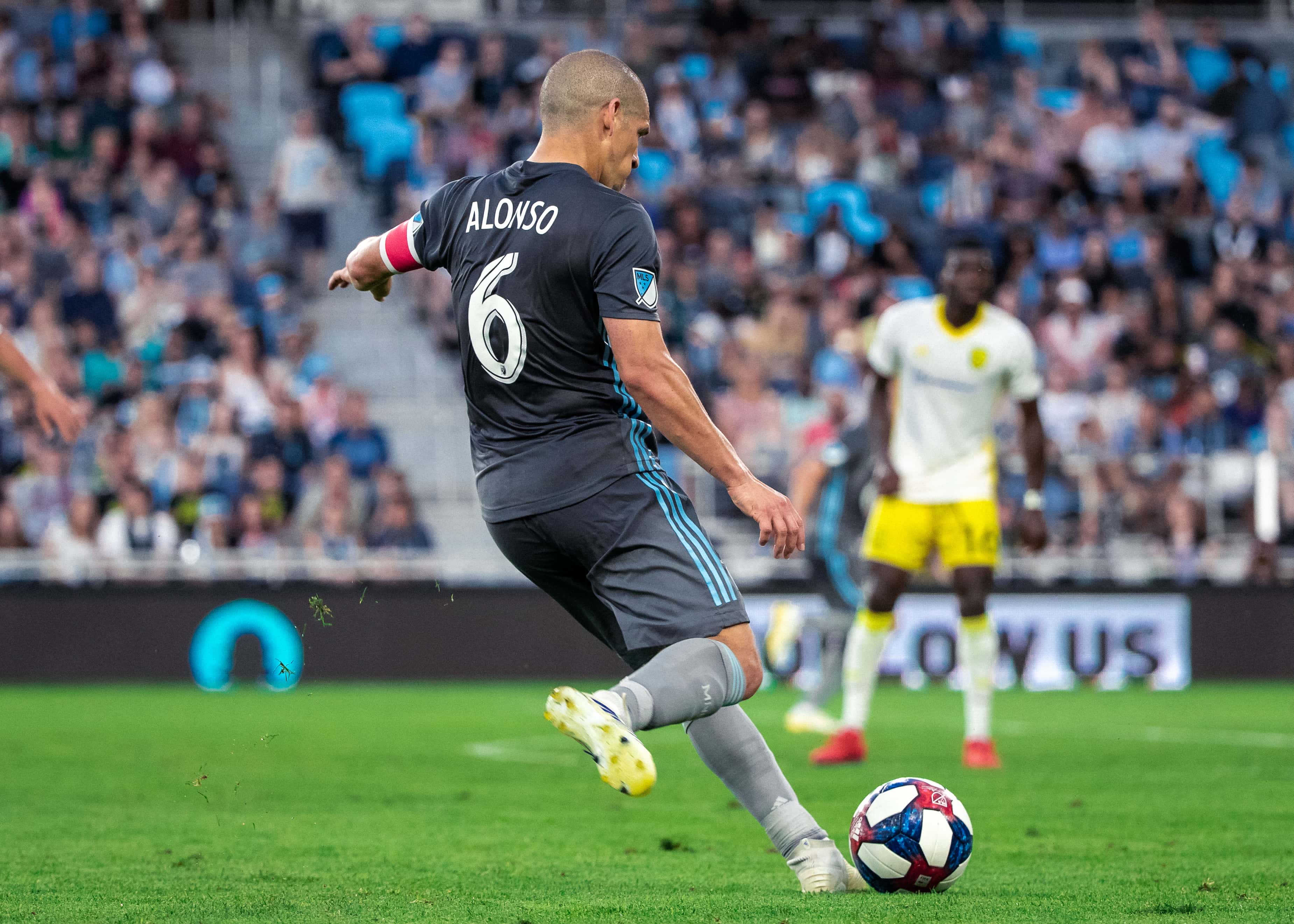 “It’s difficult to get the result you want when working with someone if you don’t know them very well,” Quintero said of his budding partnership with Colombian compatriot Rodriguez – the two having plundered nine of Minnesota United’s 15 goals in four 2019 Cup games. “Now, we’ve had a lot of time working and playing together but we’re still getting to know one another – what our individual capacities are, what the other can or can’t do. It’s been a long time coming. We have improved and it’s helping the team.”

Also adding attacking flair for the Loons is 2019 revelation Mason Toye, the 20-year-old New Jersey native who scored stunning winners in both the Round of 16 win over Houston (Minnesota’s only game on the road so far) and the Semifinal against the Portland Timbers.

But perhaps the most crucial Loon of the 2019 Cup hasn’t featured on the scoresheet at all. ‘Ozzie’ Alonso won four Open Cups (and one MLS Cup) with Seattle Sounders in a ten-year stay. The 2019 decider will be his modern-era record seventh appearance in a Final and his influence doing the dirty work deep in midfield has been key for Minnesota in this year’s historic run.

“Winning trophies is winning trophies,” stated Alonso, the holding midfielder toiling in the background. “This club has never been to a Semifinal before, and I want to transmit my spirit and my memories of what it takes and what it means.”

Be sure to tune in to ESPN+ to watch all of the action of the 106th consecutive Open Cup Final. Atlanta United – accustomed to huge crowds and shiny trophies – will fancy their chances. As will the locked-in Loons, who knocked off both of the last two Open Cup champs in this run to remember.